Title: 6G and the next Horizon 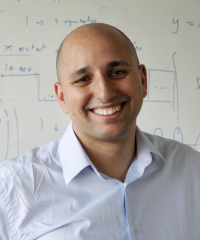 Abstract: Cyber-physical systems (CPS) encompass a broad range of devices capable of sensing the environment and communicating with other users or devices. Heterogeneity of the devices, low resource availability, no or limited built-in security safeguards, centralized communication infrastructure, and large volumes of personalized data collected by the devices emphasise the trust, security and privacy challenges in CPS. In recent years, blockchain has attracted tremendous attention to address the outlined challenges due to its salient features including decentralization, anonymity, security, trust, and auditability.

This talk will discuss our work on blockchain for CPS. I will first discuss the challenges in existing CPS architectures, ranging from scalability, trust, privacy, and data integrity. This talk will explore the role of blockchain in addressing these challenges, along with blockchain design considerations that are pertinent for its application in CPS. Finally, I will cover multiple blockchain applications in CPS that we have targeted, including, supply chains, smart grids, intelligent transportation, and Internet of Things (IoT) data marketplace. 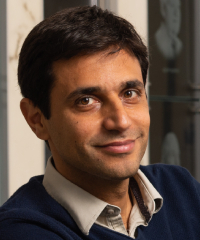 Bio: Raja Jurdak is a Professor of Distributed Systems and Chair in Applied Data Sciences at Queensland University of Technology, and Director of the Trusted Networks Lab. He received the PhD in information and computer science from the University of California, Irvine. He previously established and led the Distributed Sensing Systems Group at CSIRO’s Data61, where he maintains a visiting scientist role. He also spent time as visiting academic at MIT and Oxford University in 2011 and 2017. His research interests include trust, mobility and energy-efficiency in networks. Prof. Jurdak has published over 190 peer-reviewed publications, including two authored books most recently on blockchain in cyberphysical systems in 2020. He serves on the editorial board of Ad Hoc Networks, and on the organising and technical program committees of top international conferences, including Percom, ICBC, IPSN, WoWMoM, and ICDCS. He was TPC co-chair of ICBC in 2021. He is a conjoint professor with the University of New South Wales, and a senior member of the IEEE. 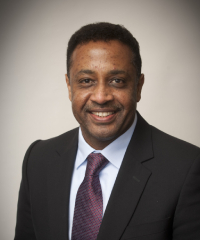 Jaafar Elmirghani
(Director of the Institute of Communication and Power Networks (University of Leeds, UK))

Bio: Prof. Jaafar Elmirghani is Fellow of IEEE, Fellow of IET and Fellow of Institute of Physics and Director of the Institute of Communication and Power Networks, Leeds. He has provided outstanding leadership in a number of large research projects, secured over £30m in grants and was PI of the £6m EPSRC Intelligent Energy Aware Networks (INTERNET) Programme Grant, 2010-2016. He was PI of the CHIST-ERA STAR project with a focus on energy efficiency, 2013-2016. He is Co-Chair of the IEEE Sustainable ICT initiative, a pan IEEE Societies initiative responsible for Green ICT activities across IEEE, 2012-present. He was awarded in international competition the IEEE Comsoc 2005 Hal Sobol award, 3 IEEE Comsoc outstanding technical achievement and service awards (2009, 2015, 2020), the 2015 GreenTouch 1000x award, IET Optoelectronics 2016 Premium Award for work on energy efficiency and shared the 2016 Edison Award in the collective disruption category with a team of 6 from GreenTouch for joint work on the GreenMeter. His work led to 5 IEEE standards with a focus on cloud and fog computing and energy efficiency, where he currently heads the work group responsible for IEEE P1925.1, IEEE P1926.1, IEEE P1927.1, IEEE P1928.1 and IEEE P1929.1 standards; this resulting in significant impact through industrial and academic uptake. He is Area Editor of IEEE JSAC series on Machine Learning for Communications and is PI of the EPSRC £6.6m Terabit Bidirectional Multi-user Optical Wireless System (TOWS) for 6G LiFi, 2019-2024. He has published over 550 technical papers, and has research interests in energy efficiency, optimisation, machine learning, cloud and fog computing.